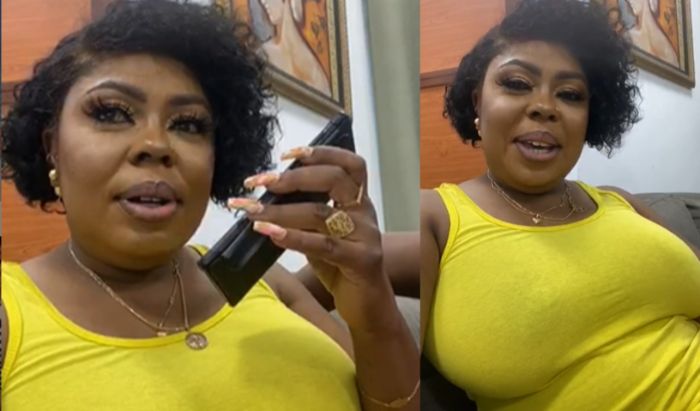 Whiles reading the mid year budget to Ghanaians late last month, the finance Minister, Ken Ofori-Att revealed that an initiative dubbed “100-cedis-a-month club” will be launched on August 12, to enable Ghanaians contribute to the construction of the National Cathedral.

As detailed by Ken Ofori Atta in his address, the initiative, dubbed, “Ketewa biara nsua”, will provide members of the general public an opportunity to share the cost and be part of a historical event, i.e, the construction of a national cathedral.

This information caused a received mixed reactions from Ghanaians and further caused a public uproar as many Ghanaians objected that the National Cathedral is useless if we still have schools under trees and hospital without beds.

Whiles reacting on this issue, Afia Schwar has decided to pelt heavy insults on the well to do male citizens who spend their monies on slay queens.

In a video posted on her IG page, she questioned why Ghanaian billionaires have remained silent while the country spirals deeper into debt when they have the resources to assist the country.

Afia Schwar declared unequivocally that these wealthy individuals only know how to waste their money on slay queens while the government begs for funds.

The post Afia Schwar angrily blasts the richmen who sponsor slayqueens but have refused to help in the completion of the National Cathedral (Video) appeared first on Gossips24.com.