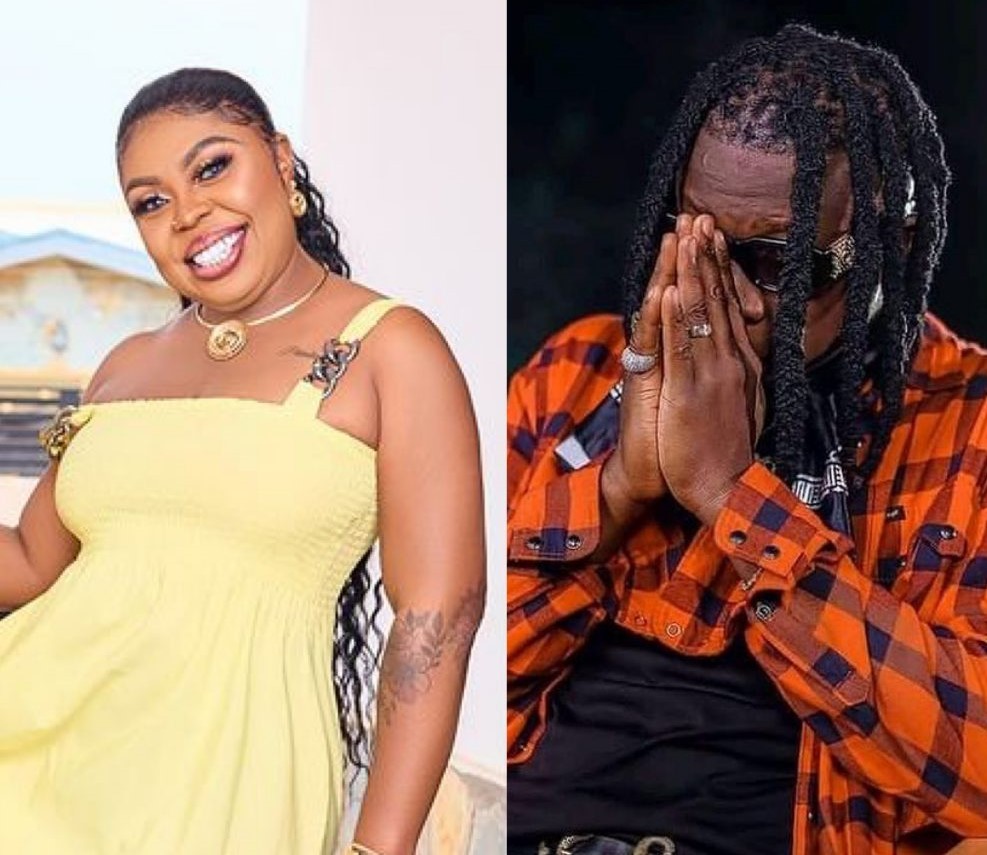 Stonebwoy’s innocent name has been dragged into Afia Schwar and Ayisha Modi’s feud that has been lingering around on the internet for the past two weeks.

The two clout chasers were very close friends until hell broke loose and they turned into sworn enemies.

According to Afia Schwar, during the period of her friendship with Ayisha Modi, the BHIM Nation godmother revealed a lot of secrets about Stonebwoy to her.

Afia Schwar pressed on that, Ayisha Modi once detailed how Stonebwoy went to hire a Range Rover which he customised the number plate with his name just for public applause.

Going forward, Schwar, who is noted for always speaking ill about her enemies went on to say that prior to the historic Asaase Sound Clash between Stonebwoy and Shatta Wale, the BHIM NATION honcho went to hire different cars just to decorate his home for the cameras during interviews.

There might be an iota of truth in these claims by Schwar because it’s been long we saw Stonebwoy’s customized white Range Rover.

The post Afia Schwar exposes how Stonebwoy went to hire a Range Rover and other cars to deceive Ghanaians that they were his (Video) appeared first on Gossips24.com.