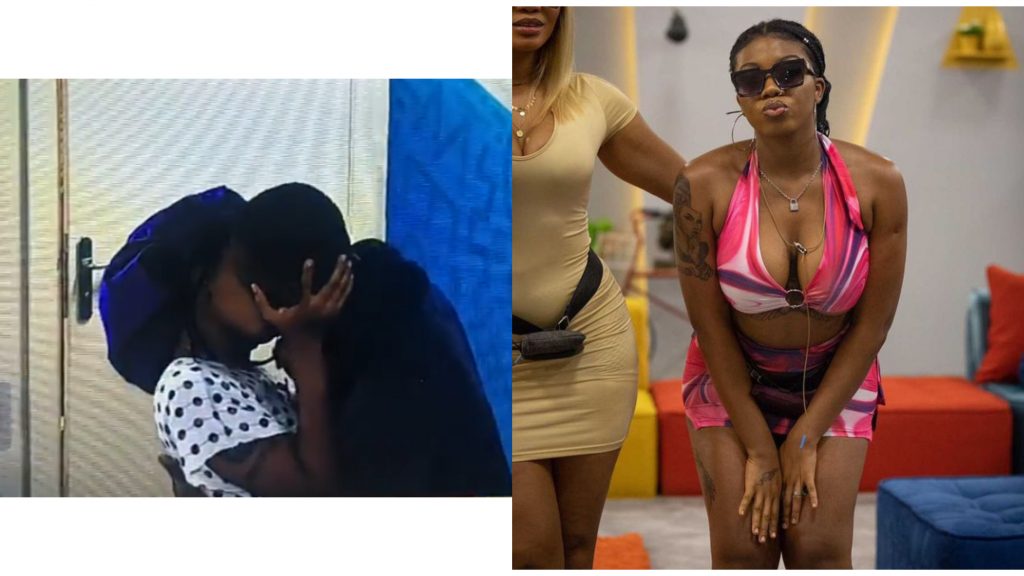 Big Brother Naija season 6 has had a new unfolding event in the house as the housemates have started getting into romantic moments.

We earlier published how Maria Chiki and Cross decided to lock lips during a true or dare game after the actual wildcards were revealed.

In a new video that has surfaced on the internet, Angel who’s known to have been kicking with Sammie has been caught up kissing with Saga.

The two got involved in a romantic and passionate kiss last night after Angel was asked to do whatever she wants with a guy in the house for 10 seconds and she went in for Saga.