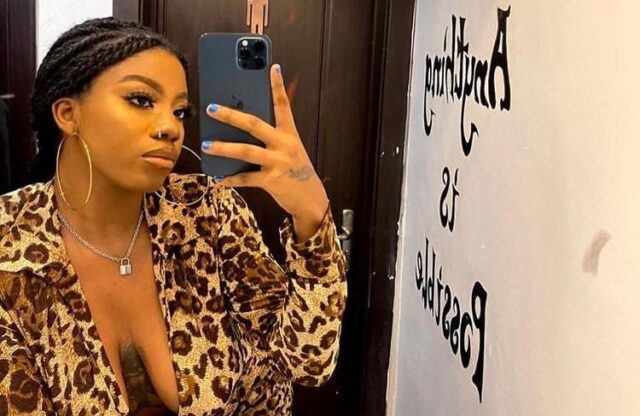 BBNaija, ‘Shine Your Eye’ edition is having all ingredients content from love, less drama, rumours and controversies.

As the housemates recently got involved after the host Ebuka Obi-Uchendu teased of being boring things have actually escalated as the truth or dare game brought up several issue.

Now, a video of Angel has surfaced on the internet has it has attracted diverse reactions from people.

Though others claiming it was just an innocent scratching but some are also saying she was actually being nasty in the video.

Check some reactions below…

That girl is so aware of what the viewers think, she has said it several times.