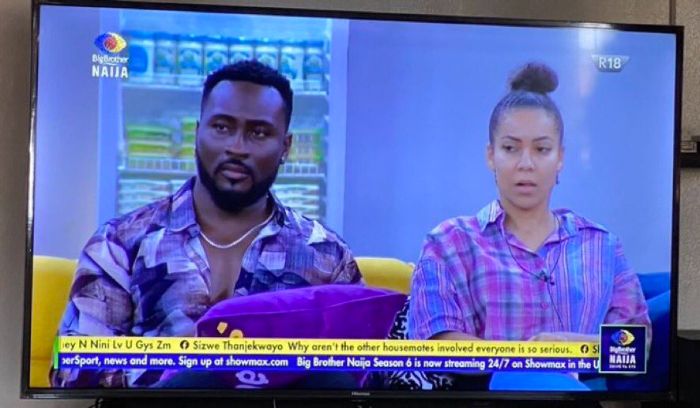 The internet is blazing as BBNaija has finally confirmed the identity of the two housemates who are playing the wildcard game.

The Shine Ya Eye edition of BBNaija has had its first shock today as Maria and Pere have been disclosed as the wildcards all along.

They were revealed during today’s diary session that as Big Brother Naija made it known at the beginning of the show that two contestants are wildcards.

This has caused a massive reaction on the internet check below…

@fayanne_ :“I just remembered Perewinkle told Angel and the rest he asked biggie for clue to find the wild.. Imao when did that – ever ask biggie that?? He literally didn’t even say much during his DS. I won’t be surprised if he’s one of the wildcards sha.”

@missWord21: “Pere is the wild card, he tryna confuse them.”

@Emmylexxz: “Pere and Maria must be the wild card HMs… Dude dey pressure people with his white complete teeth lol