BBNaija 2021: Tega Dragged By Fans For Allowing Saga To $uck Her Breast Despite Being A Married Woman 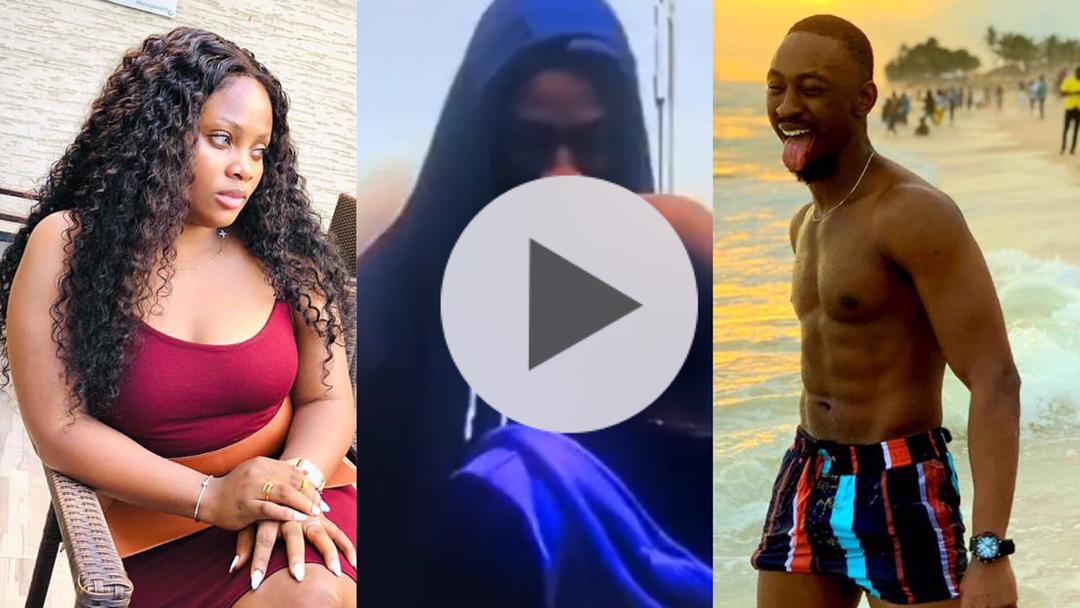 Yesterday, BBNaija housemates decided to get romantically involved in a truth or dare game after the host Ebuka Obi-Uchendu teased of being boring on the Sunday evening show.

The host’s comment triggered the housemates hence decided to have a truth or dare game after Maria and Pere were revealed to them as wildcards.

The housemates started kissing each other as they dared themselves to do anything with themselves for 10 seconds which Pere kissed Beatrice, Angel kissed Cross, Sammie Spanked a butt, and others were also dared to.

Tega who’s known to be a married woman was dared to get any of the housemates to $uck her breast and after blanking for a while she allowed Saga to handle the job of his husband.

Folks on the internet have however placed her on the chopping board for allowing herself to be sacked by a housemate.

Check some fan’s reactions below…

@Tosteedaniels “Is Tega really a Married woman? Does Saga resemble her son that she is giving him breast to suck?”

@Onimicee_ “Saga didn’t just do what I saw to a married lady. In fact, is Tega really married?

The post BBNaija 2021: Tega Dragged By Fans For Allowing Saga To $uck Her Breast Despite Being A Married Woman appeared first on Gossips24.com.