BBNaija 2021: Whitemoney Faults HoH Pere’s Order As He Woke Up At Night To Cook For Himself, Other Housemates Joined To Dine 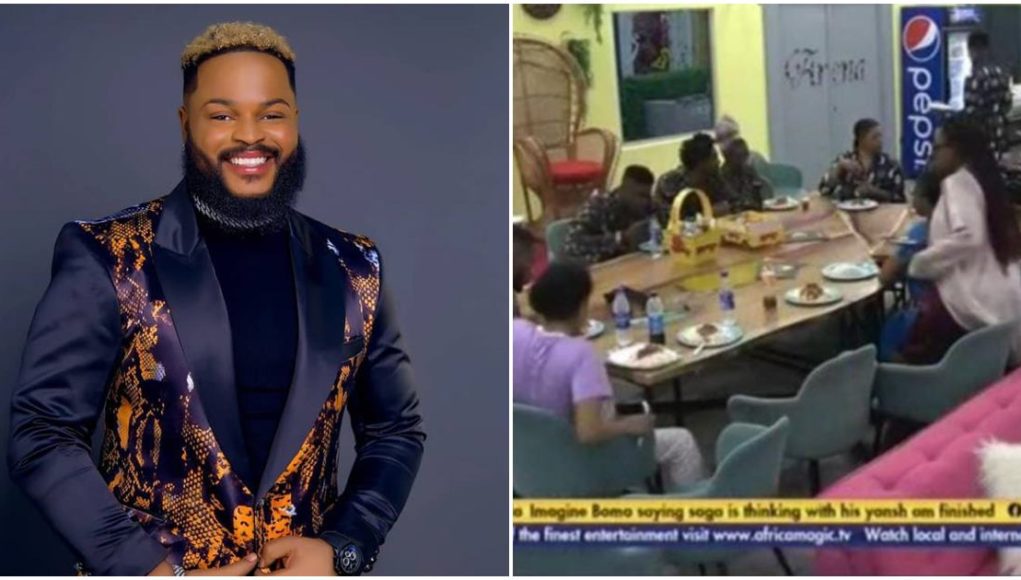 BBNaija housemate, Whitemoney has gotten some of the housemates at his back after being sacked from the kitchen by Pere, the head of the house.

The order by Pere has been faulted as the house chef who was relieved of the culinary duties decided to wake and cook for himself.

Whitemoney who’s now fan-favorite went to the kitchen to cook for himself past 2 am despite Pere fingered him that it’s a strategy to win hearts.

Pere in a conversation with other housemates indicated that Whitemoney is using the cooking as the strategy to win hearts hence he announced to sack him from the kitchen.

Well, as Whitemoney woke up in the night to prepare a meal for himself other housemates like Liquorose, Emmanuel and Angel joined him to dine too

The post BBNaija 2021: Whitemoney Faults HoH Pere’s Order As He Woke Up At Night To Cook For Himself, Other Housemates Joined To Dine appeared first on Gossips24.com.