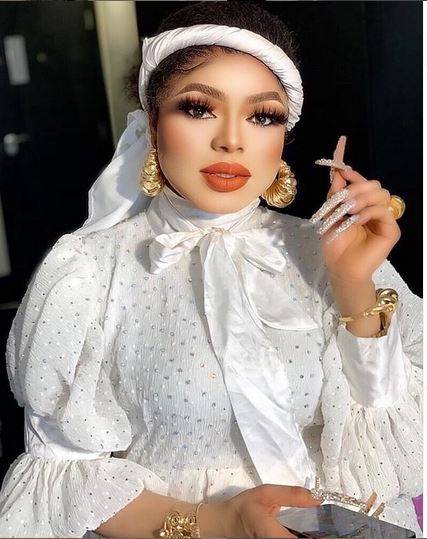 Popular internet sensation, Bobrisky has revealed that he’s glad he left the male gender group following a report of a man who announced his wedding with another woman to her girlfriend.

A twitter user took to the micro blogging site and shared a screenshot of the said young man’s message which he announced the marriage via Snapchat and had since triggered reactions.

The message read, “I don’t wanna be your enemy and still wanna be that your good friend you can always call on and talk to you who sure want the best for you in all you do. You’re a wonderful woman with a golden heart and I always want the best for you. I’ll be getting married this weekend, it’s heavy for me to say to you but I just but I just gotta let you know this is happening. Man proposes, God dispose. I don’t have the guts to call and tell you. But I’m sorry I’m telling you really late, find somewhere in your heart to forgive me sure see you later and we talk”

Well, Bobrisky has decided to add his voice to the issue which is currently trending claiming that he’s glad that he left the male gender.

Taking to his Instagram page he wrote, “Well, if I was d lady I will thank God for not letting me end up with such a fool. Nothing more to say !!!!!! It’s d audacity for me and still apologizing on top d audacity. Men will always disgrace you. Such a stupid gender thank God I left d group”

The post Bobrisky Claims He’s Glad He Left The Male Gender As He Reacts To A Man’s Message Announcing His Weeding To Girlfriend appeared first on Gossips24.com.