Dee Money calls Sarkodie out for ignoring his Whatsapp message 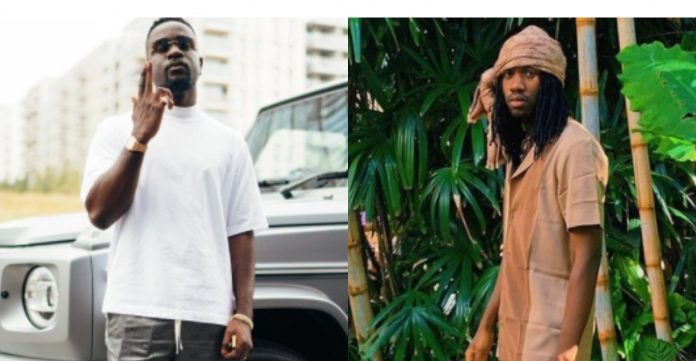 First, it Sherifa Gunu, followed by Yemi Alade and Kwaw Kesse Rapper Ayigbe Edem also had his share of the bitter cake and now, Dee Money has also been served with a slice.

Rapper, Dee Money, has called Sarkodie out on Twitter for ignoring his Whatsapp messages although he’s very active on the messaging app.

This bashing and rant followed after Sarkodie shared a screenshot of his chat with South African rap heavyweight Cassper Nyovest who is currently in Ghana.

Pained Dee Money who reacted to the tweet in a very angry and disappointed manner wrote;

Ah, so your WhatsApp dey work?

Sarkodie and Dee Money used to be good friends so we don’t know what happen between them behind the scenes for things to go south and turn sour.

They even have a song together titled, ‘Finish Line’. Sarkodie was even present at Dee Money’s father’s funeral which happened last year.

Ghanaians on the bird app have since then bashed Sarkodie for exclusively aligning himself with international acts while disregarding his Ghanaian colleagues.

The post Dee Money calls Sarkodie out for ignoring his Whatsapp message appeared first on Gossips24.com.