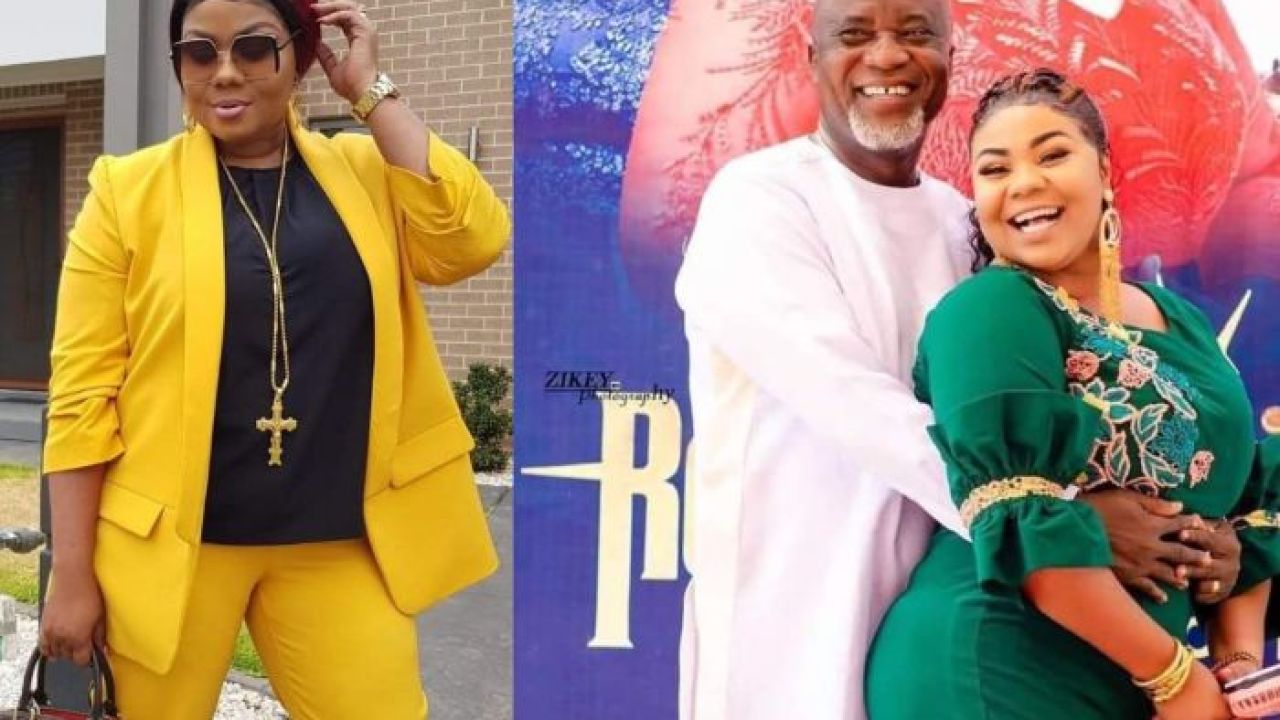 For the past two days, Ghanaian Germany based Instagram blogger Thosecalledcelebs and NPP lead member, Hopeson Adorye has been locking horns on the gram after the former accused the latter of sleeping with slay queens.

Savage Hopeson Adorye who has no time for nonsense and preach peace descended into the gutters with Thosecalledcelebs for poking her nose into his affairs and allegedly speaking lies about him to the general public.

He then went on to share a slew of photos, claiming that they were of the famous “ghost blogger,” and further threatened to storm Germany to brutally deal with her for soiling his reputation.

Gifty Osei who has remained quiet over this disturbing issue has finally broken silence on the brouhaha and indirectly jabbed the husband in the process.

Sharing an elegant picture of herself, she captioned it; Stop telling people more than they need to know.