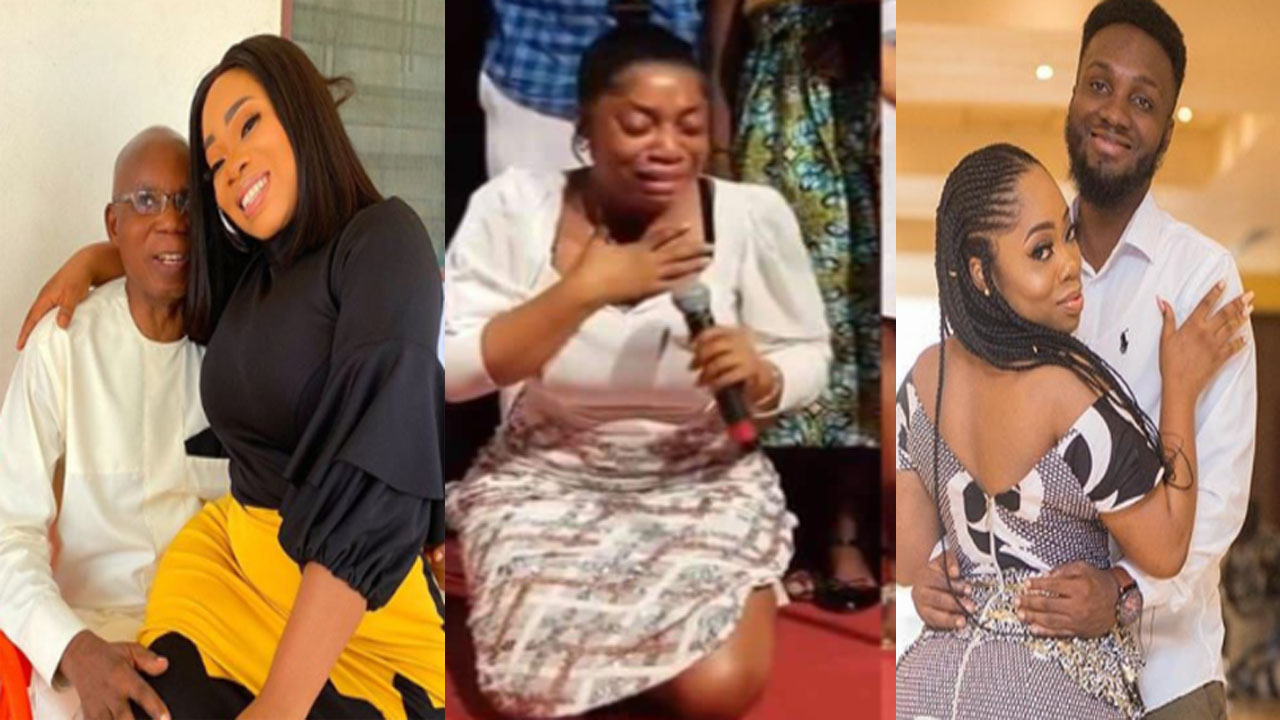 Moesha Boduong’s family is pleading with Ghanaians to give the actress a break as she recovers from her predicament.

In the wake of the viral leak audio of a conversation between Salma Mumin and Moesha Boduong’s personal assistant, Samuel Nelson, the family of the affected actress has issued a statement.

The family of Moesha Boduong admitted that everyone has a past and some of Moesha’s friends have had a negative influence on the actress.

Regardless, their statement pleaded with Ghanaians to spare the actress the current trolls and ridicule on social media as well as comments from her colleagues. In plain words, the said,

We issue this statement as family of MAURECIA (MOESHA BOUDONG)

Everybody has a past, a present and a future. We have all lived life’s that, depending on the “friends” or “people” around you, can positively or negatively influence your life. Some have lived high life’s and others have lived practical life’s.

No matter what happened or where Moesha has been and no matter whom she has “used” or “offended”, we believe that there comes a time in life when realisation sets in or a time when you “wake up” from your past and try to make good your life.

We believe Moesha has the right to a “new beginning in Christ” and a chance to make right her life. We are pleading with all persons to please allow her time from gossip, bad mouthing, social media bickering and negative talking to find herself.

We support the decision she has taken and will support her in any positive way to help her find her real self.

No persons have been authorised to solicit for funds to support her or on behalf of the family. However the family is extremely grateful to everyone who reached out genuinely to help.

We further note with disappointment an audio recording circulating on social media purported to be her brother. We condemn the contents of the recording and state categorically that it is not her brother. The supposed Nelson is not a known relative of the family.

Let’s let Moesha “heal” peacefully and let’s give her space from all networks to enable a new, positively fulfilling and effective beginning for her.

Everybody deserves some privacy at one time or the other in life and this is the least we can offer Moesha now.”