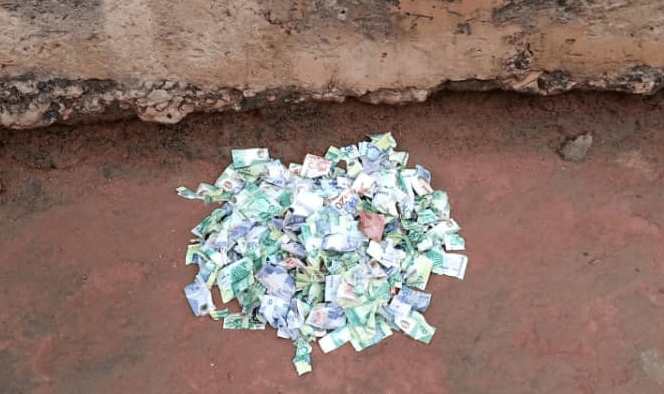 There are indeed good people in the world if you are thinking the world has really changed as a 55-year-old man has returned a huge sum of money he found just behind his window.

Unlike many who would jump with joy seeing a huge sum of money behind their window, this old man decided to do the right thing as he carried the whole money to the Techiman police.

personnel of the Ghana Police who were sent to go with him to the scene of the event saw plenty of notes comprising GHC50 GhC20 and GHC10 all been placed together.

Police in the town have since taken hold of the money as investigations begin to find the owner and reason behind the money landing right behind the old man’s house.

The post Good Samaritan Returns Huge Sum Of Money He Found Behind His Room To The Police appeared first on Gossips24.com.