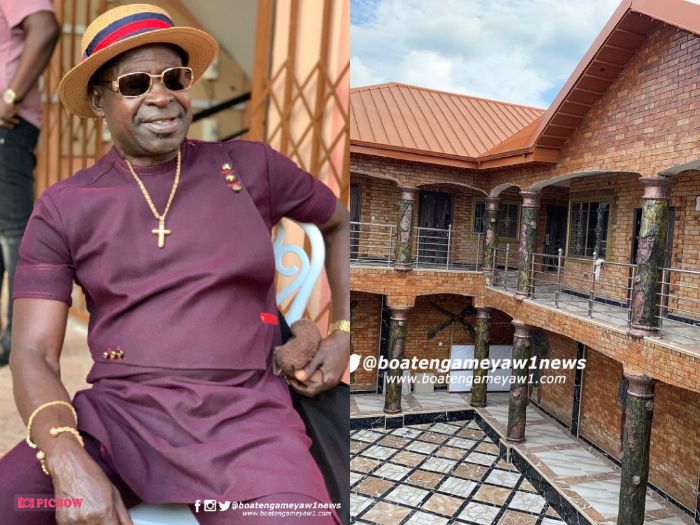 Highlife veteran, Amakye Dede has taken to his official Instagram page to flaunt the plush mansion he has built and handed over to his family members in Asante Akyem Agogo.

“Iron Boy showed pictures and videos of the huge house with the caption; “New House for my family members in Agogo

Citing from the videos and photos, the house which is very huge can host between 10-15 family members at a goal.

It is painted and well-furnished just waiting for occupants to take over the various rooms in it.

Ghanaians, most especially his fans have stormed the comments section of the post to applaud him for his benevolence towards his less privileged family members.

Abrantie Amakye Dede has been enstooled as a subchief at Agogo in the Asante Akim North Municipality of the Ashanti Region.