Hushpuppi Saga: DCP Abba Kyari Given Up Till Next Week To Officially Address Allegations As He Faces Extradition To U.S 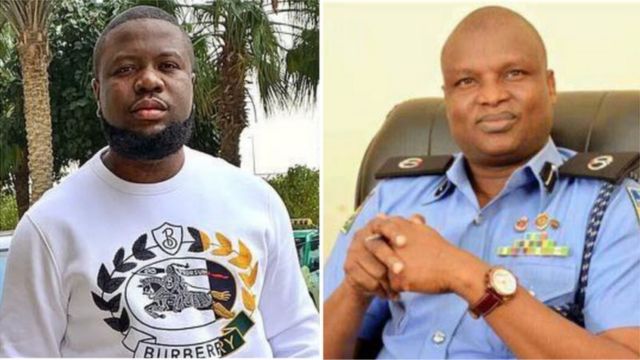 FBI pinning the Deputy Commissioner of Police Abba Kyari as an accomplice of Infamous internet scammer, Hushpuppi has led to several controversies as some popular media personalities are also said to be facing the laws of the united states soon.

The arrested DCP Abba Kyari has now been given up to next week to publicly address the given allegations leveled against him as he’s said to be affiliated to the fraudster by helping him to pull up the $1.1 million scheme.

Reports by Sahara Reporters through a competent source suggest that the FBI representative had a lengthy conversation on the case with the Inspector General of Police.

The source said, “The FBI detectives left when he (IGP) went for Friday Juma’at prayers. The FBI personnel were insistent and had a long meeting with the IGP till the close of work.

“Abba Kyari was given till next week to respond to allegations. The IGP agrees with them (FBI men) and assured that Kyari would not be assigned any new cases until the investigation was over.”

“During the meeting, the FBI insisted that IG must issue a statement confirming that Abba Kyari had been indicted because of his earlier Facebook posting mocking the FBI investigation.

“Kyari later took down the post but blocked the news media outlets that were critical of him.” Another source revealed

The post Hushpuppi Saga: DCP Abba Kyari Given Up Till Next Week To Officially Address Allegations As He Faces Extradition To U.S appeared first on Gossips24.com.