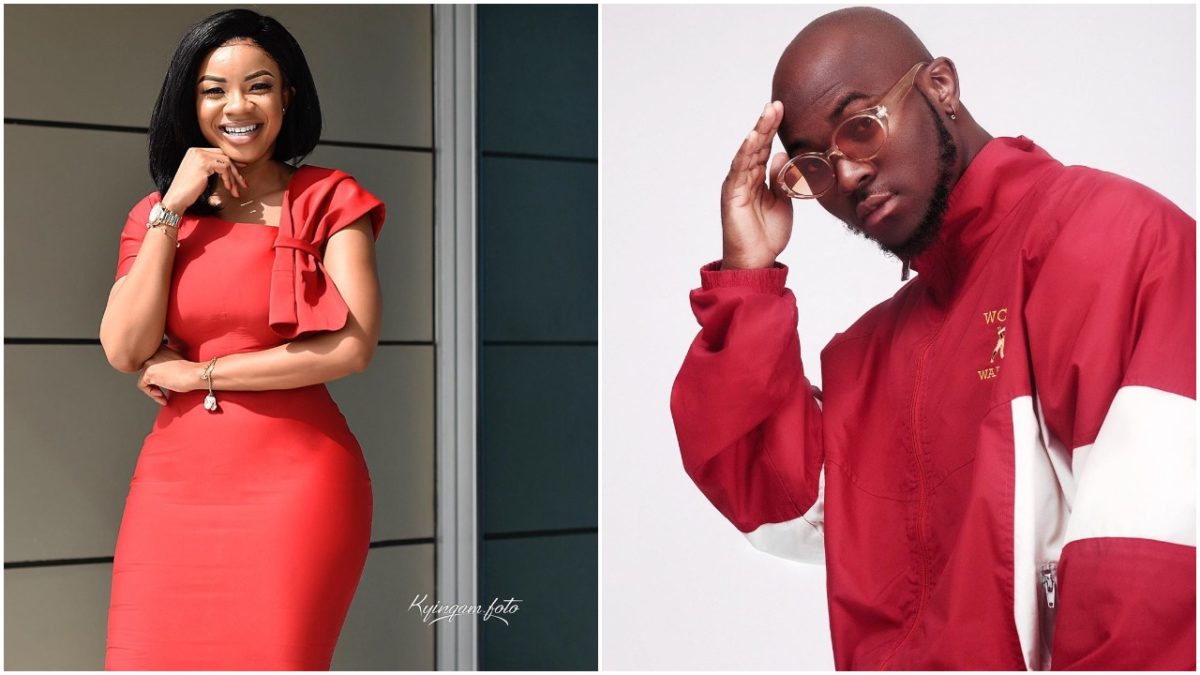 Award-winning Ghanaian singer, King Promise once opened up about his rumoured amorous relationship with TV personality, Serwaa Amihere has reacted to the trending bedroom photos and videos of the journalist.

According to King Promise who took to his Twitter page to share his two cents about the whole brouhaha, Ghanaians should mind their business and leave Serwaa alone.

He wrote; Mind Yo Bussiness…

This refutal of claims followed after they were spotted together at the christening of music producer, Killbeatz’s baby.

Meanwhile, Serwaa Amihere has also dropped a video of herself all jacked up and happy hours after the scandal went rife on the internet.