Kwabena Jumah, son of the Managing Director of GIHOC Distilleries Company Limited, Maxwell Kofi Jumah has tied the knot with the third daughter of President Akufo-Addo, Edwina Nana Dokua Akufo-Addo over the weekend.

The private traditional marriage took place at the Presidential Villa at Jubilee House on Saturday, October 9, 2021, with a couple of family members and close allies of both families in attendance.

Videos circulating on social media showed President Akufo-Addo with a microphone asking his daughter, Edwina Akufo-Addo whether she agrees to be the wife of the groom.

In a lovely and interesting manner, the daughter responded in the affirmative, attracting applause from the gathering.

In another picture, the President was seen in a group photograph with Maxwell Kofi Jumah and his family.

The beautiful ceremony was crowned with a celebration as the President was seen on the dance floor with his daughter exhibiting their dancing skills, with the groom also paired up with First Lady Rebecca Akufo-Addo in showing his dancing skills.
The Vice President, Dr. Mahamudu Bawumia, and his wife, Samira Bawumia were also in attendance as they were seen on the dance floor.

See photos and videos below. 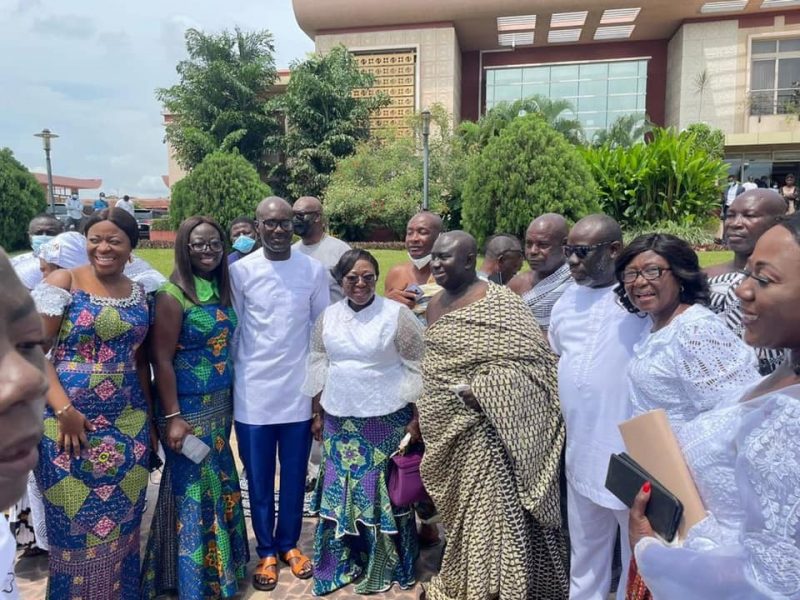 Killbeatz robbed of his laptop, passport, and other valuables in the UK