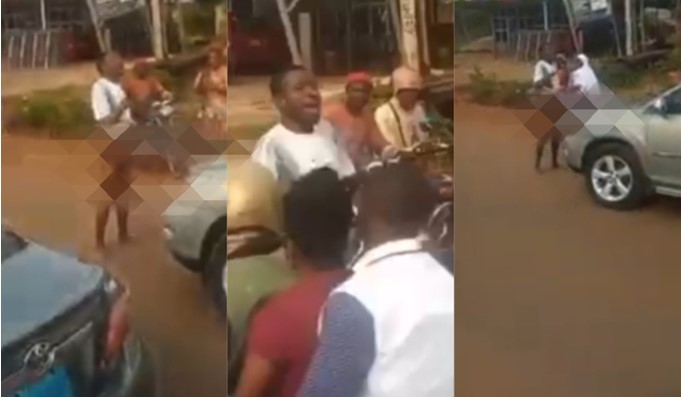 In a video that has been sighted by our outfit, a young Nigerian guy believed to be in his early 20’s can be seen running around and shouting in a bizarre manner just minutes after getting out of his Range Rover car.

Whiles some netizens have opined that it is possible that his misdemeanour can be linked to the use of narcotic drugs, which is common among the current crop of youths.

Others have also argued that he might have disobeyed the deity he serves.

This incident is said to have happened in one of the popular states in Nigeria.

The post Sakawa boy goes [email protected] after getting out of his Range Rover car (Video) appeared first on Gossips24.com.