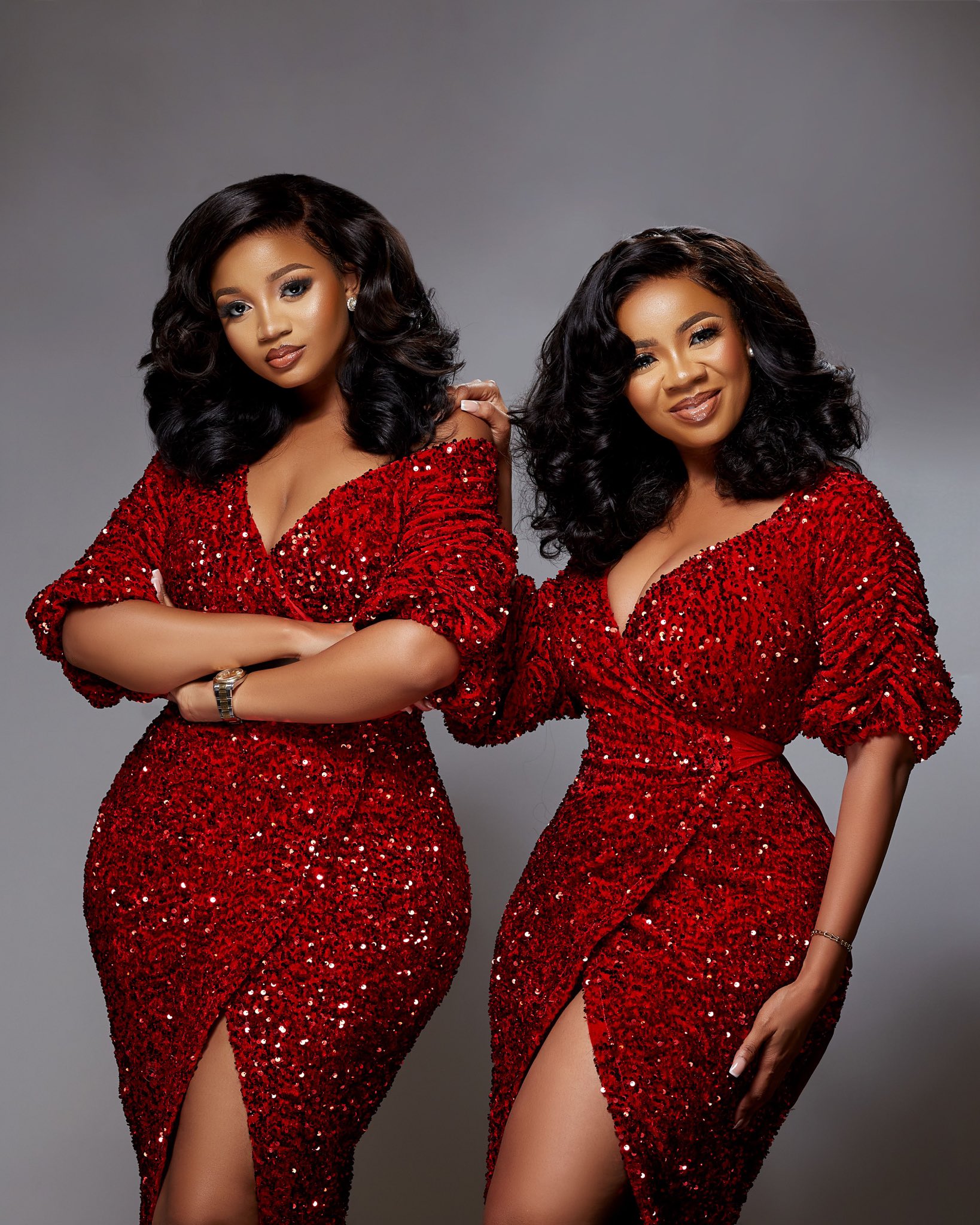 It can be recalled that just two days ago, Serwaa Amihere became the talk of town after the notorious Snapchat user who goes by the user name Bomboshelli Sel, dropped back-to-back bombshells on the GH one employee.

In one of Bomboshelli Sel’s posts, he crucially accused Serwaa Amihere and her sister who is known as @Mamiohmyhair on the gram of dishing out premium 3some services to some big men in the country.

Asantehene, NPP’s John Boadu, real estate developer Cheddar, Hon Napo, Lily Mohammed and her own boss Bola Ray and among several others all made it into this exclusive list.

Serwaa Amihere who has stayed mute on the whole deadly smear scandal has shared a fresh picture of herself and the sister just to prove to critics that they remain unperturbed.

She captioned the picture with love emojis to stand in solidarity with the innocent sister whose name has been dragged into the mud because of her.

Meanwhile, celebs like Captain Planet, Afia Schwar, King Promise and several other have blast Ghanaians for pelting false news against the news anchor.

A Plus on the other hand has also accused our very own Abena Korkor of being the evil person behind the anonymous Bomboshelli Sel account.

The post Serwaa Amihere shares a picture of her sister whom she allegedly did the 3some with the big men in Ghana appeared first on Gossips24.com.