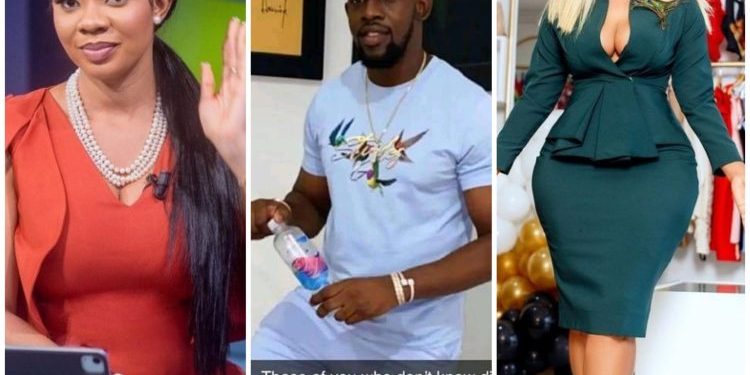 Rhoda, Serwaa Amihere’s best friend also made it into the news last month after Bombshelli named her as part of the GHOne presenter’s viral 3some saga.

According to Bomboshelli who gave Ghanaians premium content to feed on, this Rhoda is Dion’s girlfriend who agreed to share the Accra big boy with Serwaa Amihere because of money.

Bombshelli, who went to hell to dine with satan in order to get these exclusives also purported that Serwaa Amihere, Dion and Rhoda casually have 3somes when the need arises.

It can now be somehow established that indeed, the 3some did happen because Serwaa Amihere refused to wish Rhoda on her birthday which is quite unusual.

A quick search through Rhoda’s Instagram and IG pages shows that Serwaa Amihere refused to wish the former bestie well.

In Serwaa Amihere’s timeline also, no birthday message was authored for Rhoda but she has been doing that until this saga popped up.

Following this development, social media users of the various platforms have submitted that, although Serwaa Amihere denied Bomboshelli’s wild allegations against her but the case is otherwise/

The post Serwaa Amihere subtly confirms that she had 3some with her bestie’s boyfriend as she snubs her on the birthday appeared first on Gossips24.com.