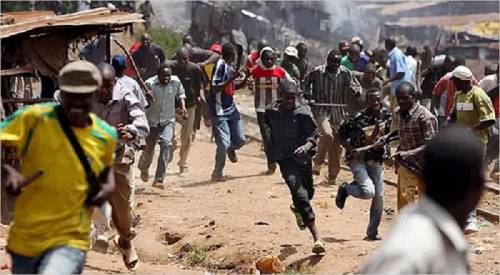 The conflict between the two groups of motorcyclists began on Monday and quickly escalated into a bloodbath on Tuesday.

The bikers were claimed to be battling over an increase in daily ticket prices from N600 to N800 at the Dangote Cement factory junction.

It was reported that at least seven people were thought dead in the situation, which was claimed to have turned ethnic.

In an interview with reporters, State Police Public Relations Officer Abimbola Oyeyemi, however, could not confirm the number of people killed in the incident.

He reassured locals that the leadership was on top of the issue and encouraged them to go about their daily routines.

Whiles speaking with newsmen, he said;

The issue is currently under control. It was a minor struggle that had snowballed into a serious crisis.

The post Seven dead as Hausa’s and Yoruba’s clash appeared first on Gossips24.com.