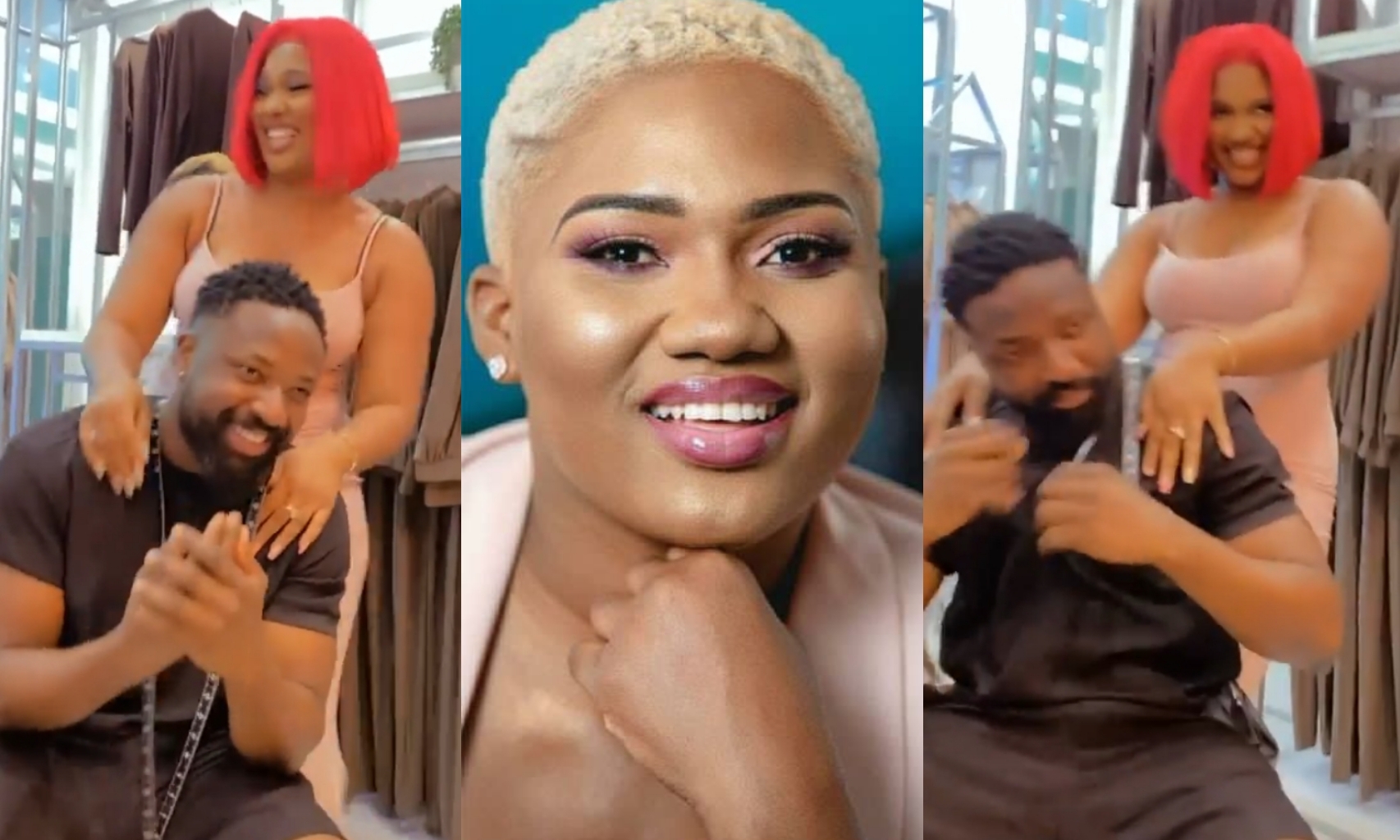 Our very own Abena Korkor who is known for exposing the men she sleeps with – Has been caught on tape trying her possible best to get Ghanaian handsome actor Elikem Kumordzi in bed.

She further went to the extreme and grabbed his tape measure and began to shake her huge a$$ in front of him.

Eliklem who was shy can be heard in the video begging the part time nudit to leave her alone because he’s not ready to deal with any sort of public bashing.

This incident is said to have happened during the launch of Salma Mumin’s newest apparel line.