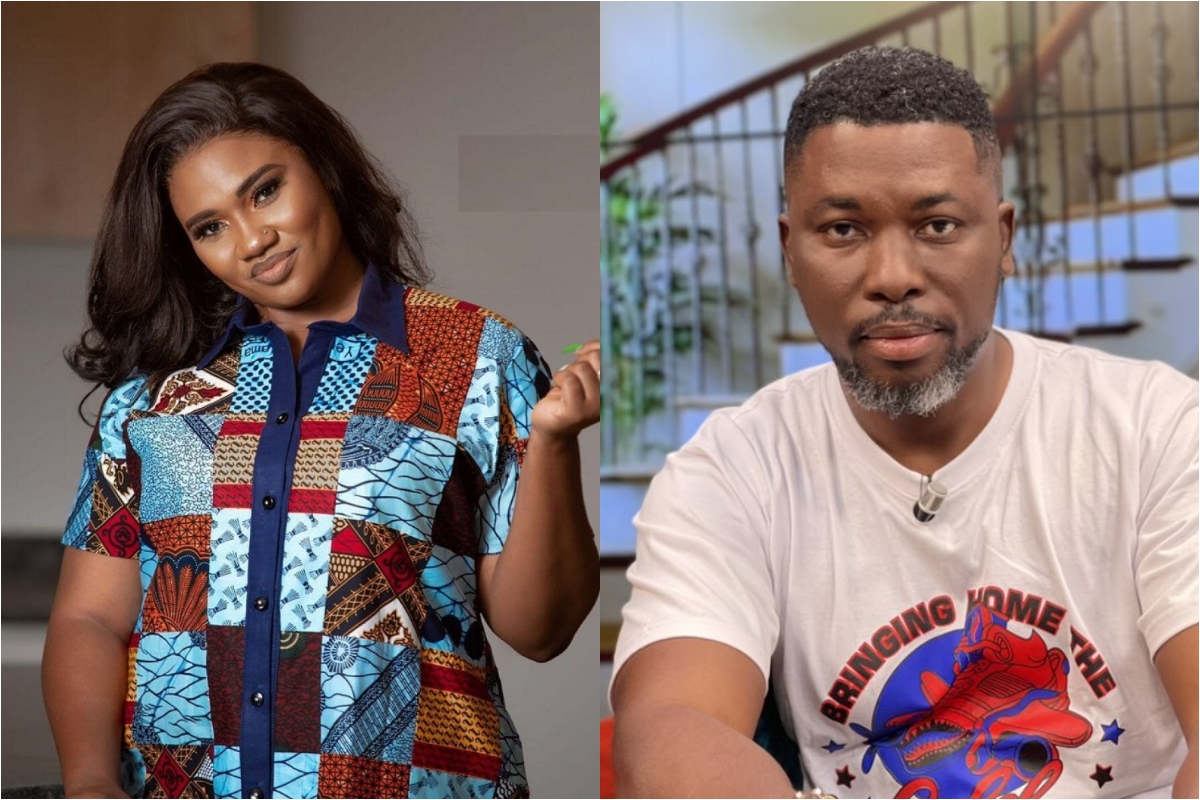 I’m yet to understand the people who hit at Kwame A Plus unprovoked knowing the calibre of person he is. The founder of the TPP movement was able to defeat the whole NPP party spearheaded by their footsoldiers with sharp teeth but so it’s quite silly for a single person to ever think of defeating the brash freedom fighter.

Just some few days ago, our very own chubby yet s3xy Abena Korkor hosted an IG live as she is fond of doing and slammed both the management of TV3 and Kwame A Plus for unfairly dealing with her.

Kwame A-Plus, according to Abena, is a snitch. She further claimed that A-Plus is near NPP’s Sammy Awuku as a spy for reasons best known to him and that he will turn against the NPP chief scribe in the near future.

In her own words;

“You exhibited discrimination towards a marginalized group, Persons with disabilities. You used the nature of my relapse to deny any encounter with me. A wise man would have shut up. But you have a foolish council. @johnboadu_ and @afiaakoto are foolish councils. I hope you keep them around as your pawns but they don’t still influence your decisions. Check @kwameaplus. I have not fully uncovered his motives. But he has someone close to him who wants your downfall. He is that person’s pawn so he will be used against you one day.”

In retaliation, A-Plus used his Facebook page to respond in a Facebook live session, body-shaming Abena Korkor. He advised Abena Korkor to utilize the same energy she uses to embarrass key figures in the country to go to the gym and lose weight.

He went on to say that the majority of plus-size women hide behind the excuse that “they feel comfortable” in their bodies and refuse to exercise. And went ahead to compare Abena’s status to that of a grocery store.

Watch the video below to know more…

The post “You look like a provison store” – Kwame A Plus fires Abena Korkor for always exposingg the big men she sleeps with (Video) appeared first on Gossips24.com.